11 Presentation Lessons You Can Still Learn From Steve Jobs


11 Presentation Lessons You Can Still Learn From Steve Jobs 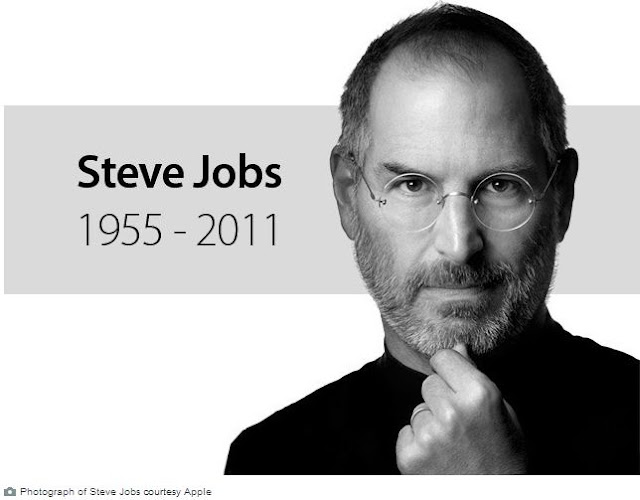 Steve Jobs is still the word’s greatest corporate storyteller. I’ve seen plenty of talented speakers in the past year and I’ve written about many of them in this column but I have yet to find someone as good as Steve Jobs. This is why I have spent so many years reviewing, analyzing and sharing Jobs’ presentation techniques because leaders and entrepreneurs today need to carry on his legacy if we hope to inspire the world with our ideas. His keynote presentations continue to attract thousands of views on YouTube and he has profoundly impacted the way leaders communicate.
Earlier this year a Wall Street Journal article titled Bio As Bible featured managers who are imitating Steve Jobs based on what they’ve learned in Walter Isaacson’s biography and also from one of my books, The Innovation Secrets of Steve Jobs. While I’m very proud that the WSJ highlighted my content, dressing like Jobs is not going to inspire your audience. However, there are many other presentation techniques that you can and should copy from Steve Jobs.
Steve Jobs was an astonishing presenter because he informed, inspired, and entertained. In this article I outline 11 techniques from one presentation, the iPhone launch in 2007. If your presentation is tomorrow and you only have time to incorporate a few ideas, then spend 7 minutes to watch this video where I highlight just three techniques from the same presentation. If you want the whole enchilada, read on.
Express your passion. Steve Jobs was passionate about design, he absolutely loved his new product, and he wore his enthusiasm on his black-mock sleeve. “It looks pretty doggone gorgeous,” he said with a big smile after showing the iPhone for the first time. Jobs often used words such as “cool,” “amazing,” or “gorgeous” because he believed it. Your audience is giving you permission to show enthusiasm. If you’re not excited about your idea, nobody else will be.
Create a Twitter-friendly headline.Jobs used a technique I’ve labeled the “Twitter-friendly headline,” a one-sentence summary of a product that perfectly captured the main message he wished to deliver. Shortly after showing the new phone, Jobs proudly proclaimed, “Today Apple is going to reinvent the phone.” The headline, “Apple reinvents the phone” was the only sentence on the slide. He repeated the headline several times during the presentation. A Google search for the phrase turns up about 25,000 links, most of which are directly from articles and blog posts covering the launch presentation.
Stick to the rule of three. Jobs instinctively understood that the number “3” is one of the most powerful numbers in communications. A list of 3 things is more intriguing than 2 and far easier to remember than 22. Jobs divided his iPhone presentation into three sections. He spoke about the iPod functions of the new iPhone, the phone itself, and connecting to the Internet. Jobs even had some fun with three. He stepped on stage and said, “Today we are introducing three revolutionary products. The first, a widescreen iPod with touch controls. The second, is a revolutionary mobile phone. And the third is a breakthrough Internet communications device.” As the audience applauded, Jobs repeated the three ‘products’ several times. Finally he said, “Are you getting it? These are not three separate devices, they are one device and we are calling it iPhone!”
Introduce a villain. All great stories have a hero and a villain. A Steve Jobs presentation was no exception. In 2007, why did the world need another mobile phone, especially from Apple? Jobs set up the narrative by introducing a villain—a problem in need of a solution: “Regular cell phones are not so smart and they are not so easy to use. Smartphones are a little smarter, but are harder to use. They are really complicated…we want to make a leapfrog product, way smarter than any mobile device has ever been and super easy to use. This is what iPhone is.”
wenty-one if you include dates). Those words are also distributed across about twelve slides. For more tips on using ‘picture superiority’ in your slide design, please read my earlier article on Jeff Bezos and the end of PowerPoint as we know it.
Tell stories. Before Jobs revealed the new phone, he spent a moment to review the history of Apple, telling a story that built up to the big event. “In 1984, Apple introduced the first Macintosh. It didn’t just change Apple. It changed the whole computer industry. In 2001, we introduced the first iPod. It didn’t just change the way we all listen to music. It changed the entire music industry.” Stories can be brand stories, customer stories, or personal ones. In one very funny moment, Jobs’ clicker failed to advance the slides. After a few seconds of trying to fix it, he paused and told a short story of a how he and Steve Wozniak used to pull pranks on students at Wozniak’s college dorm. Woz had invented a device that jammed TV signals and they used it to tease students when they were watching Star Trek. It brought some levity to the keynote, the problem was fixed, and Jobs effortlessly moved along.
Watch this clip
Prepare and practice excessively. The clicker snafu that I just described teaches another great lesson for all presenters. Jobs casually laughed off the glitch, told a story, and got back to his presentation when his team resolved the issue. He never missed a beat and certainly didn’t get flustered. Jobs was legendary for his preparation. He would rehearse on stage for many hours over many weeks prior to the launch of a major product. He knew every detail of every demo and every font on every slide. As a result the presentation was delivered flawlessly. People often tell me, “I’m not as smooth as Jobs was.” Well, neither was he! Hours and hours of practice made Jobs look polished, casual, and effortless.

Avoid reading from notes. The introduction of the iPhone lasted about 80 minutes. Not once did Jobs read from a teleprompter or notecards. He had internalized the content so well that he didn’t need notes. During the demos, however, he did have a very short list of bullet points hidden from the audience’s view. Those bullets served as reminders and they were the only notes he relied upon.
Have fun. When Jobs first told the audience that Apple was going to introduce a mobile phone he said, “Here it is.” Instead of showing the iPhone, the slide displayed a photo of an iPod with an old-fashioned rotary dial on it. The audience got a kick out of it, laughing and clapping. They had been played and Jobs was enjoying their reaction. There were many funny moments, including a crank call. Jobs was demonstrating the maps feature to show how easy it was to find a location and call the number. He found a Starbucksnearby and called it. A woman picked up the phone and said, “Good morning, Starbucks. How can I help you?” Jobs said, “I’d like to order 4,000 lattes to go, please. No, just kidding. Wrong number. Bye bye.” The audience loved it. I’ve never seen Jobs enjoy himself more in a keynote.
Watch this clip
Inspire your audience. Jobs liked to end his keynotes with something uplifting and inspiring. At the end of the iPhone presentation he said, “I didn’t sleep a wink last night. I’ve been so excited about today…There’s an old Wayne Gretzky quote that I love. ‘I skate to where the puck is going to be, not where it has been.’ We’ve always tried to do that at Apple since the very, very beginning. And we always will.”
Steve Jobs educated, entertained, informed, and inspired his audiences in every presentation. So can you. It takes work, planning, and creativity, but if someone is willing to listen to your ideas it’s worth the effort to make it great.

Email ThisBlogThis!Share to TwitterShare to FacebookShare to Pinterest
Labels: Inspiration